We use cookies to enhance your user experience. By continuing using our site, you agree to our use of cookies. 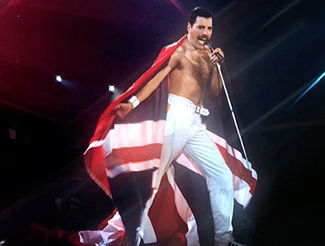 QUEEN - The Last Tour During a week in London in 1984, I photographed five world artists, including Queen. I had 50 undeveloped film reels in my camera bag. Someone broke into the rental car. The cameras disappeared - and the film reels. A theft with consequences. Freddie Mercury's artistry on stage was irresistible. Now it was time to take new pictures. Two years later, I was invited by Queen's manager to join The Magic Tour. It was the last tour with Freddie Mercury. Freddie Mercury died of AIDS on November 24, 1991. Torleif Svensson www.artvox.se